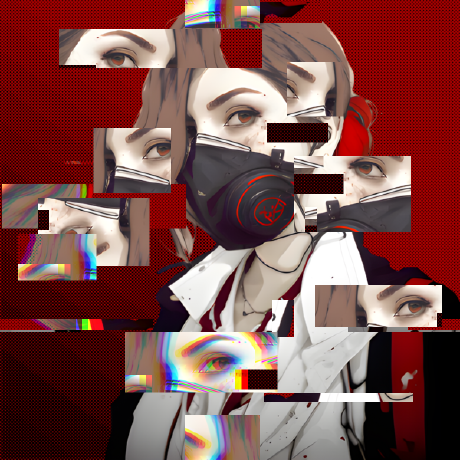 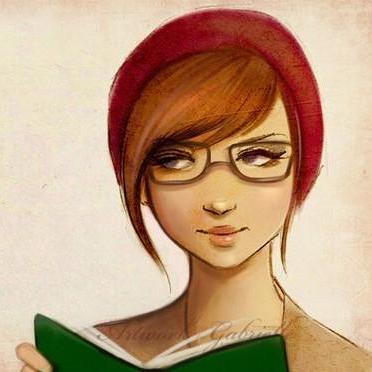 In this tutorial we have briefly cover what Ansible is and how to understand what it does. This guide is not meant to make you an expert on Ansible, but perhaps give you enough that you can debug broken roles and modify them to suit your needs. Or maybe to contribute to the Galaxyproject Ansible roles.

This will be a very practical training with emphasis on looking at examples from modules and becoming self sufficient.

Ansible runs commands on local or remote computers. It can move files around, create files from templates, and run command line tools. Primarily used for system administration tasks at scale. It has a push model rather than a pull model like puppet. If you’ve used Puppet, Ansible doesn’t evaluate what changes need to be made and make those, it just runs through all of commands every time.

Inventory file
An Ansible-specific file that defines the systems (“hosts”) and groups of hosts on which Ansible should operate.
Ansible module
A piece of Python code that converts some parameters into an invocation. An example would be the command module which converts parameters like command: ls into a command line that is executed. There are pre-built modules for just about everything.
task
A call to an Ansible module that should be executed and the configuration for this module.
role
A folder containing some tasks, templates, files, and default values for variables. People share roles on “Ansible Galaxy”.
playbook
a YAML file listing a set of tasks and/or roles that should be applied to a group of hosts.
vault
An encrypted YAML file. You put your secrets here and then you can use them in tasks/roles/playbooks.

Looking at each of these briefly:

Here we’ve defined two groups of computers, webservers and databases. ansible_user is used to specify which user to connect with.

For more advanced features of the inventory file, check out the official documentation on this topic.

We will look at ansible-cvmfs as our example for the layout of a role:

These are the folders that are included in many complex roles. Simpler roles will often not need all of the folders.

Here we have two tasks. Each has a name that will be shown to the person running the playbook.

The first invokes the yum module with the arguments name: cvmfs, state: .... This will use yum to install the package named cvmfs. The state parameter uses a Jinja2 template to evaluate the value of the variable cvmfs_upgrade_client. We can grep through the repository and see that defaults/main.yml sets that to false by default. We can override this if we need, we’ll come back to that later. The first task also has a when condition to ensure it only runs on RHEL family machines, so RedHat or CentOS. It is better to use the OS-generic package module, if possible.

The second invokes the service module. The arguments to this one are quite legible and the functionality can be inferred from the names for the most part: The service name: autofs will be enabled and its state should be started.

Many modules are available for you to use.

And an inline style.

Some groups prefer one style or another. You can mix both of these but you probably shouldn’t. The inline style does not require quoting of templated values.

This is a quite minimal playbook. It selects a hosts group named webservers, overrides the variable cvmfs_numfiles, and then says the following set of roles will be executed for this group of hosts. Ansible makes it easy to collect tasks that should apply to a group of hosts and run a playbook for all of those hosts. Some good uses of this are things like ensuring a certain set of users are installed on all of your managed machines, or using one of the package autoupdating roles to make sure your machines are up-to-date.

Different groups use playbooks differently. Here is a non-exhaustive list of ways that the author has seen playbooks used:

There are a bunch of places variables can be set. The list is ridiculous. Try and find a convention within your group and stick to that to help manage the chaos.

There are some special places you can put variables that will be loaded automatically:

For a real-life example, UseGalaxy.eu generally attempts to put variables in an appropriately named group_vars/ file.

ansible-vault is a super useful tool that lets you encrypt secrets for your group using a pre-shared key. This allows you to commit ALL of your Ansible playbooks and variables to source control, without the concern of leaking secrets. E.g. UseGalaxy.eu’s vault file. The encrypted version is not very interesting to look at, but it is mostly to show that we confidently place an encrypted copy of our secrets online, under configuration management. This has made our life a lot easier.

Your First Playbook and First Role

The above introduction was certainly not enough for you to feel confident in Ansible, so we will now build a small role and a playbook to run this role.

Many of the things you can do with Ansible can be quite dangerous. As dangerous as normally being at the Linux command line, but scaled across N machines. Be very careful with the changes you plan to make. Ansible provides some flags which can help you identify changes before they’re made to production systems:

--diff
This will show the difference whenever a file is changed.
--check
Will do a dry-run of the playbook, attempting to show you which tasks will execute, which files will be updated. Not all actions can be predicted because commands are not run, if a downstream task depends on the result of a command execution task, Ansible has no way of knowing whether or not it will execute.

In this tutorial we will write to files in /tmp as that is a relatively safe thing to do. The training material community does not have the resources to test this tutorial across all of the platforms you might want to run it on. Additionally we do not want to be responsible if you accidentally cause permanent damage by following this tutorial.

hands_on Hands-on: Setting up our workspace

Now that you’ve done this, here are some starting points for exploration:

If you’ve installed the cowsay tool, Ansible (for some reason) will take advantage of that to output a lot of the output with cowsay. To disable this you can export ANSIBLE_NOCOWS=1 (Remember that exporting will only last as long as the current invocation of your terminal does, so consider adding this to your user profile if you wish to keep cowsay installed and still have legible output.)

In the last step of the last hands on, you ran your playbook. The first TASK that was executed was not one that you had written, it read:

The setup module runs by default for every host and gathers facts about the host.

Templates give you greater control over the files you are deploying to the remote system. If you need to deploy a file to multiple hosts, but configure it differently on each host, you should use templates. For instance deploying a service that should only listen on the correct IP address for that host would be a good use case for templates. All of the facts you discovered in the previous hands on are available to you to use in templates, when statements (like the ansible-cvmfs example we saw earlier). Additionally all of the variables you’ve defined are available as well.

Templates use Jinja2 syntax. If you are not familiar with it, you should read about it first, before moving on with the tutorial.

It is common to see things like this in Ansible roles:

Now that you’ve built a small role, you can imagine that building real roles that manage the full installation of a piece of software are not simple things. Ansible Galaxy is the answer here. Many roles for common administration tasks, and software installation and setup are readily available on Ansible Galaxy.

Warning: This will install git on the remote machine.

Picking the best role for a task from Ansible Galaxy is not always a trivial task. Sometimes there will only be a single role doing what you need. Other times you’ll have to choose between 20 different roles that all look more or less the same. Here are some tips to guide you in identifying appropriate and well-written roles:

These are usually good proxies for quality, but do not treat them as strict rules. For an example of a role meeting many of these qualities, ansible-cvmfs is good; the variables are well documented and there are example playbooks that you can (more or less) copy-and-paste and run.

Sometimes a role will accomplish 95% of what you need to do, but not everything. Once you have installed the role with ansible-galaxy install, you can edit it locally to make any changes. In an ideal world you would contribute this back, but this is not always a high priority. Many projects copy roles directly into their repositories, e.g. galaxyproject and usegalaxy.eu

Now that you have a small role built up, you might start thinking about deploying larger and more complex services and infrastructure. One last common task we want to cover here is the inclusion of secrets.

Ansible Vault is really useful to include encrypted secrets in your playbook repository. In real life scenarios where you are sharing your playbooks publicly, be sure to encrypt all secrets from the start (or fix/remove the git history if you ever did.) If you are storing your vault password in a file, remember to add it to your .gitignore (or VCS appropriate file.)

Ansible has a huge array of features and we can’t cover them all. Some commonly used features are documented below:

This works for any task, not just package installation if you have things you’d like to repeat.

Doing something only when a task is in the “changed” state is a common pattern. This is often used for reloading a service when some configuration files have changed.

First, move the restarting or reloading of the service into the handlers/main.yml

Now you can change your task definitions:

We no longer register the command, instead the notify attribute automatically marks that the appropriate handler should be called at the end of the playbook run. Additionally tasks from outside of this role can use the same notify. So if you use a community built role for managing apache, and then have a custom role that builds the apache configuration, you can use changes there to reload the service using their definition of the reload/restart.