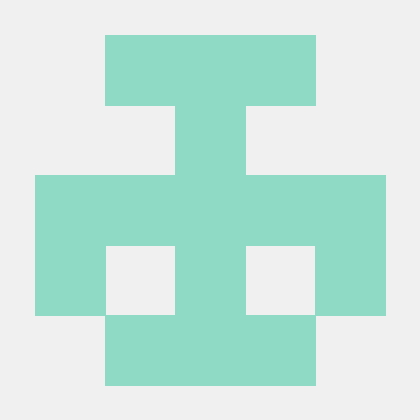 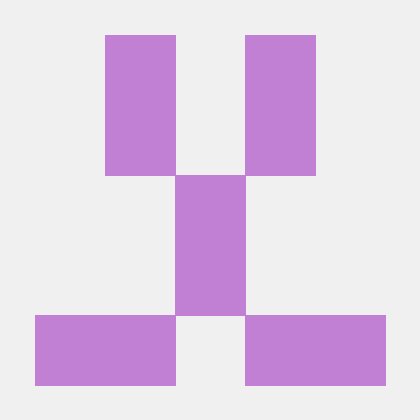 Sometimes there is quite a long list of genes to interpret after a differential expression analysis, and it is usually infeasible to go through the list one gene at a time trying to understand it’s biological function. A common downstream procedure is gene set testing, which aims to understand which pathways/gene networks the differentially expressed genes are implicated in. There are many different gene set testing methods that can be applied and it can be useful to try several.

The purpose of this tutorial is to demonstrate how to perform gene set testing using tools in Galaxy. The data comes from a Nature Cell Biology paper, EGF-mediated induction of Mcl-1 at the switch to lactation is essential for alveolar cell survival), Fu et al. 2015. That study examined the expression profiles of basal and luminal cells in the mammary gland of virgin, pregnant and lactating mice (see Figure below). How to generate differentially expressed genes from reads (FASTQs) for this dataset is covered in the accompanying tutorials RNA-seq reads to counts and RNA-seq counts to genes. This tutorial is inspired by material from the COMBINE R RNAseq workshop here and the Cancer Research UK workshop here.

Your results may be slightly different from the ones presented in this tutorial due to differing versions of tools, reference data, external databases, or because of stochastic processes in the algorithms.

We will use several files for this analysis:

We would like to know if there are biological categories that are enriched among the differentially expressed genes. To do this we will perform a Gene Ontology analysis, similar to the RNA-seq ref-based tutorial.

Gene Ontology (GO) analysis is widely used to reduce complexity and highlight biological processes in genome-wide expression studies. However, standard methods give biased results on RNA-seq data due to over-detection of differential expression for long and highly-expressed transcripts.

The goseq tool provides methods for performing GO analysis of RNA-seq data, taking length bias into account. The methods and software used by goseq are equally applicable to other category based tests of RNA-seq data, such as KEGG pathway analysis.

To generate the two input files we will use:

We now have the two required input files for goseq.

goseq generates a big table with the following columns for each GO term:

To identify categories significantly enriched/unenriched below some p-value cutoff, it is necessary to use the adjusted p-value.

Can you generate the plot of top 10 GO terms for the luminal differentially expressed genes? Tip: You could use the Rerun button for each step (as the parameters are already selected) and choose the luminal file as input.

Running goseq on the luminal file should give a plot similar to below.

For more on GO analysis, including how to simplify GO results and visualize with GO graphs, see the GO Enrichment tutorial.

Gene Set Enrichment Analysis (GSEA) (Subramanian et al., 2005) is a widely used method that determines whether a set of genes is enriched in a list of differentially expressed genes. Unlike the previous method with goseq, no threshold is applied for what is considered “differentially expressed”, all genes are used. If a gene set falls at either the top (over-expressed) or bottom (under-expressed) of the list it is said to be enriched. fgsea is a faster implementation of the GSEA method. fgsea requires a ranked list of genes and some gene sets to test.

The Molecular Signatures Database (MSigDB) contains curated collections of gene sets that are commonly used in a GSEA analysis. They can be downloaded from the Broad website. But these collections are only of human gene sets. If working with another species you would need to first map the genes to their human orthologues. However, MSigDB versions for mouse are provided by the Smyth lab here. There are several MSigDB collections, we’ll use the Hallmark collection, which contains 50 gene sets. According to MSigDB, “each gene set in the hallmark collection consists of a “refined” gene set, derived from multiple “founder” sets, that conveys a specific biological state or process and displays coherent expression. The hallmarks effectively summarize most of the relevant information of the original founder sets and, by reducing both variation and redundancy, provide more refined and concise inputs for gene set enrichment analysis”. We’ll use the mouse Hallmark file provided in Zenodo, originally downloaded from http://bioinf.wehi.edu.au/software/MSigDB/mouse_H_v5p2.rdata.

There are several ways we could choose to rank our genes, we could rank by log-fold change (most upregulated to most downregulated) but that doesn’t take into account any error in the log fold change value. Another way is to use the “signed fold change” which is to rank by the sign of the fold change multiplied by the P value (as described here. We could also use the t statistic that’s output from limma, as that takes into account the log-fold change and it’s standard error, see here for more explanation. We’ll use the t statistic to rank here.

fgsea outputs a table of results containing a list of pathways with P values and enrichment scores. It can also output a summary table plot of the top pathways such as the one shown below for the basallpregnant-basallactate contrast below.

An enrichment plot of the each of the top pathways can also be produced, one is shown below. The barcode pattern shows where the genes in the set are found in the list of ranked genes. Most of the bars to the left indicate enrichment of the set at the top of the ranked list of genes (upregulated) and most bars towards the right indicate enrichment at the bottom of the list (downregulated). The enrichment score reflects the degree to which the genes are enriched at the top or bottom of the list.

Can you run fgsea on the luminal contrast and generate the fgsea summary table plot?

Running fgsea on the luminal file should give a plot similar to below.

The ensemble of genes set enrichment analyses (EGSEA) (Alhamdoosh et al, 2017) is a method developed for RNA-seq data that combines results from multiple algorithms and calculates collective gene set scores, to try to improve the biological relevance of the highest ranked gene sets. EGSEA has built-in gene sets from MSigDB and KEGG for human and mouse. We’ll show here how it can be used with the MSigDB Hallmark collection and KEGG pathways. For input we need a count matrix and EGSEA will perform a limma-voom analysis before gene set testing. We can use the provided filtered counts file output from limma, where the low count genes have been filtered out (output from limma by selecting “Output Filtered Counts Table?”: Yes). We just need to remove the gene symbol and description columns. We also need a symbols mapping file containing just the Entrez ids and symbols, which we can generate from the filtered counts file. The third input we need is a factors information file, containing what groups the samples belong to, we can use the same one from the tutorial RNA-seq counts to genes. EGSEA provides twelve base methods and we will select eleven, all except roast, as the fry method is a fast approximation of roast.

This generates a table of results, and a report. Contained within the report are plots, such as heatmaps of the top ranked pathways, as shown below. Note that we see some similar pathways in the results here as with the fgsea analysis.

KEGG pathway diagrams are generated if KEGG pathways are selected, as shown below. These show the expression values of the genes overlaid, genes upregulated in the contrast are shown in red, downregulated genes in blue. Ribosome was one of the top GO terms identified for the basal pregnant vs lactate contrast and here we see ribosome pathways are in the top ranked KEGG pathways.

Running EGSEA on the luminal file should give top KEGG gene sets similar to below.

In this tutorial we have seen some gene set testing methods that can be used to interpret lists of differentially expressed genes. Multiple methods can be used to help identify pathways of interest and to provide complementary ways of visualising results. This follows on from the accompanying tutorials, RNA-seq reads to counts and RNA-seq counts to genes, that showed how to turn reads (FASTQs) into differentially expressed genes for this dataset. For further reading on analysis of RNA-seq count data and the methods used here, see the articles; RNA-seq analysis is easy as 1-2-3 with limma, Glimma and edgeR (Law et al. 2016) and From reads to genes to pathways: differential expression analysis of RNA-Seq experiments using Rsubread and the edgeR quasi-likelihood pipeline (Chen, Lun, Smyth 2016).