Formation of the Super-Structures on the Inactive X 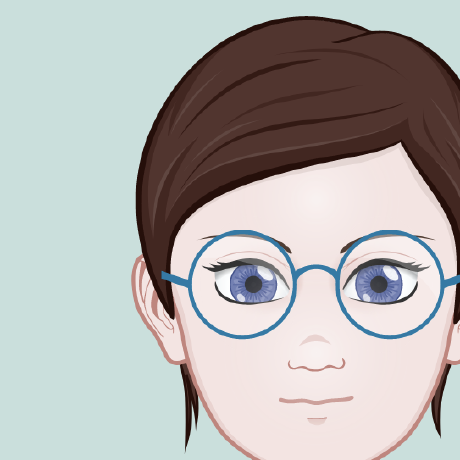 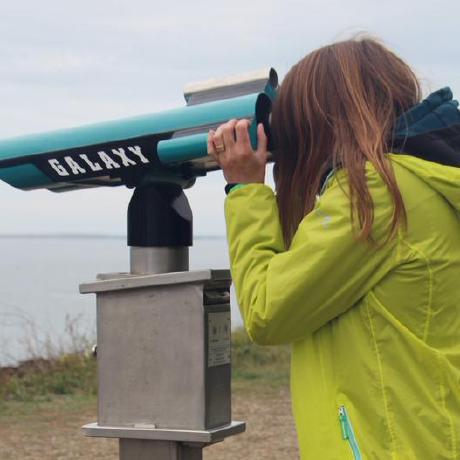 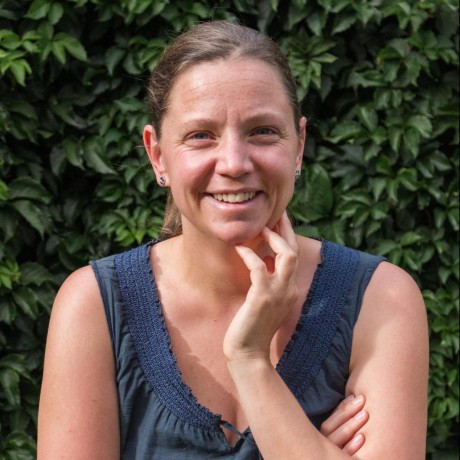 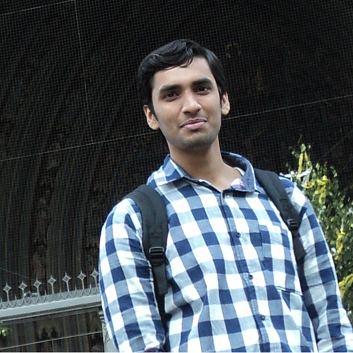 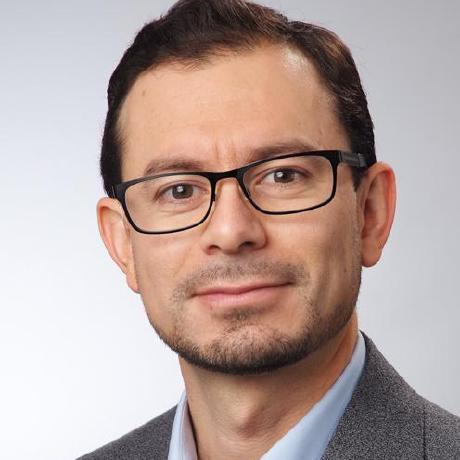 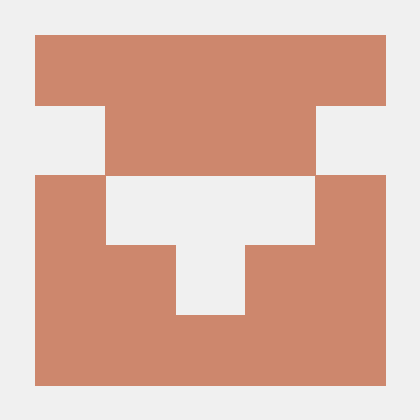 Within a cell nucleus, the DNA is tightly-packed and the chromatin is spatially distributed with different levels and scales of organizations.

At the smallest scale, DNA is packaged into units called nucleosomes, made of eight histone proteins.

To learn more about chromosome conformation and TADs, you can follow our HiC tutorial

In mammals, the X chromosome inactivation (XCI) balances the dosage of X-linked genes between females and males. The genes on the inactive X (Xi) chromosome are not expressed.

More H3K27me3 and less H3K4me3 on the Xi could explain a lower expression of the genes there.

It has been also observed that the Xi reconfigures uniquely into a specific chromosomal conformation. cohesins, condensins and CCCTC-binding factor (CTCF) play key roles in chromosomal architectures and TAD formation which are other potential cause of the repression of the expression of the genes on Xi.

The structural-maintenance-of-chromosomes hinge domain containing 1 (SMCHD1) has been found enriched on the Xi. It may be the potential actor in the shape of Xi and the change in gene expression there.

Wang et al. 2018 investigates the mechanism by which the SMCHD1 gene shapes the Xi and represses the expression of the genes on Xi in mouse.

Their idea was to identify the differences which could be observed between the Xi and activated X chromosome, on both wild-type and SMCHD1 gene knockdown samples to study the SMCHD1 effect. In different experiments, they targeted histones with H3K27me3 or H3K4me3 and CTCF using ChIP-seq experiments.

They obtained sequences corresponding to a portion of DNA linked to histones with H3K27me3, H3K4me3 or CTCF. Using this information, they could identify if there are differences in the H3K27me3, H3K4me3 and CTCF between the X (active or inactive) chromosomes and the potentially influenced genes.

In the upcoming tutorial, we will only use the wild type data from Wang et al. 2018 and analyze the ChIP-seq data step by step:

Step 1: Quality control and treatment of the sequences

The first step of any ChIP-Seq data analysis is quality control of the raw sequencing data.

To save time, we will do it only on the data of one sample wt_H3K4me3_rep1 which has been already down-sampled. keep in mind that with real data this should be done on each and every sample.

Sequence quality control is therefore an essential first step in your analysis. We use here similar tools as described in “Quality control” tutorial: FastQC and Trim Galore.

It is often necessary to trim sequenced read, for example, to get rid of bases that were sequenced with high uncertainty (= low quality bases) at the read ends.

The data has been sequenced using paired-end sequencing.

The paired-end sequencing is based on the idea that the initial DNA fragments (longer than the actual read length) is sequenced from both sides. This approach results in two reads per fragment, with the first read in forward orientation and the second read in reverse-complement orientation. The distance between both reads is known. Thus, it can be used as an additional piece of information to improve the read mapping.

The paired-end sequencing generates then 2 files:

Step 2: Mapping of the reads

With ChiP sequencing, we obtain sequences corresponding to a portion of DNA linked to the histone mark of interest, H3K4me3 in this case. As H3K4me3 opens the chromatime, nearby genes are gioing to be more transcribed. It would be interesting to know if there is a difference in the quantity of DNA impacted by H3K4me3 and the impacted genes between active and inactive X chromosome.

We first need to figure out where the sequenced DNA fragments originated from in the genome. The reads must be aligned to a reference genome to identify the binding sites.

This is equivalent to solving a jigsaw puzzles, but unfortunately, not all pieces are unique.

In principle, we could do a BLAST analysis to figure out where the sequenced pieces fit best in the known genome. Aligning millions of short sequences this way may, however, take a couple of weeks. And we do not really care about the exact base to base correspondence (alignment). What we are really interested in is “where these reads came from”. This approach is called mapping.

Nowadays, there are many mapping programs for shotgun sequenced DNA. We will use Bowtie2.

The output of Bowtie2 is a BAM file.

Inspection of a BAM file

A BAM (Binary Alignment Map) file is a compressed, binary file storing the sequences mapped to a reference sequence.

A BAM file (or a SAM file, the non-compressed version) consists of:

hands_on Hands-on: Visualization of the reads in IGV

There are two ways to run it:

The reads have a direction: they are mapped to the forward or reverse strand, respectively. When hovering over a read, extra information is displayed

A general description of the user interface of the IGV browser is available here: IGV Browser description

To compute the correlation between the samples we are going to to use the QC modules of deepTools, a software package for the QC, processing and analysis of NGS data. Before computing the correlation a time consuming step is required, which is to compute the read coverage (number of unique reads mapped at a given nucleotide) over a large number of regions from each of the inputed BAM files. For this we will use the tool multiBamSummary tool. Then, we use plotCorrelation tool from deepTools to compute and visualize the sample correlation. This is a fast process that allows to quickly try different color combinations and outputs.

Since in this tutorial we are interested in assessing H3K4me3, H3K27me3 and CTCF ChIP samples, the previous steps (quality control and mapping) needs to be run on all the replicates of ChIP samples as well as the input samples. To save time, we have already done that and you can now work directly on the BAM files of the provided 8 samples. For simplicity, the files include only the ChrX.

How are your samples clustered? Does that correspond to your expectations?

Moreover, for each sample, there is a high correlation between the two replicates which confirms the validity of the experiments.

To evaluate the quality of the immuno-precipitation(IP) step, we can compute the IP strength. It determines how well the signal in the ChIP-seq sample can be differentiated from the background distribution of reads in the control sample (‘input’). After all, around 90% of all DNA fragments in a ChIP experiment will represent the genomic background.

To do that we take the data from the rep1 of the wt_H3K4me3 ChIP-seq sample and compare it with its corresponding input sample, using plotFingerprint tool of deepTools.

Similar to multiBamSummary tool, plotFingerprint tool randomly samples genome regions of a specified length (bins) and sums the per-base coverage in the indexed BAM files that overlap with those regions. These coverage values are then sorted according to their rank and the cumulative sum of read counts is plotted.

The plotFingerprint tool generates a fingerprint plot. You need to intepret it to know the IP strength.

An ideal ‘input’ with perfect uniform distribution of reads along the genome (i.e. without enrichments in open chromatin) and infinite sequencing coverage should generate a straight diagonal line. A very specific and strong ChIP enrichment will be indicated by a prominent and steep rise of the cumulative sum towards the highest rank. This means that a big chunk of reads from the ChIP sample is located in few bins which corresponds to high, narrow enrichments typically seen for transcription factors.

What do you think about the quality of the IP for this experiment?

There is clear distinction between H3K4me3 and the input.

A small percentage of the genome contain a very large fraction of the reads (>70%, point of change in the blue curve)

The curves start to rise around 0.25. It means that almost 25% of the chromosome X is not sequenced at all.

One of the goals in ChIP-seq data analysis is finding regions on the genome which are enriched for the ChIP data of interest (regions with significantly higher read coverage for the ChIP data comparing to its corresponding input). In the following exercise we would like to know where the H3K4me3 sites are. For this we need to extract which parts of the genome have been enriched (i.e. more reads mapped) within the samples that underwent immunoprecipitation. However, to reach a reliable comparison the data needs to be normalized to remove any technical bias. For the normalization we have two steps:

To learn how to do the normalization, we will take the wt_H3K4me3_rep1 sample as ChIP data and wt_input_rep1 as input.

We are using bamCoverage tool. Given a BAM file, this tool generates coverages by first calculating all the number of reads (either extended to match the fragment length or not) that overlap each bin in the genome and then normalizing with various options. It produces a coverage file where for each bin the number of overlapping reads (possibly normalized) is noted.

The track with the coverage for the input (wt_input_rep1) seems quite homogeneous. On the other hand, for wt_H3K4me3_rep1, we can observe some clear peaks at the beginning of the genes.

We could see in the ChIP data some enriched regions (peaks). We now would like to call these regions to obtain their coordinates, using MACS2 callpeak tool

The called peak regions can be filtered by, e.g. fold change, FDR and region length for further downstream analysis.

Step 6: Plot the signal between samples

So far, we have normalized the data and identified peaks. Now, we would like to visualize scores associated with certain genomic regions, for example ChIP enrichment values around the TSS of genes. Moreover, we would like to compare the enrichment of several ChIP samples (e.g. CTCF and H3K4me3 )on the regions of interest.

Since we already generated the required files for the H3K4me3 sample, let’s make them only for the CTCF sample:

hands_on Hands-on: Prepare the peaks and data for CTCF

We can now concatenate the MACS2 outputs with the location of the peaks (concatenate the files and merge the overlapping regions) to obtain one BED file corresponding to the coordinates of the interesting regions to plot.

To plot the the peaks score on the region generated above (MergeBED output) two tools from the deepTools package are used:

Optionally, we can also use plotProfile tool to create a profile plot from computeMatrix tool output.

It should generate an heatmap similar to:

When we look at this graph, it seems that less but larger peaks are found for H3K4me3_rep1 and that only few peaks are shared.

So far, we have only analyzed 2 samples, but we can do the same for all the 6 samples:

hands_on (Optional) Hands-on: Plot the heatmap for all the samples

Along this tutorial, we learn how to extract peaks and coverage information from raw data of ChIP experiments:

This information can be then related to the biology to answer the original question. We tried then to relate the observed differences of peak and read coverage between H3K27me3 and H3K4me3 to the known biology. We could go even further in the analysis to reproduce the results of the original paper (e.g. by looking at the bivalent genes, identifying the differences between Xa and Xi).